LIFE AGRESTIC aims at fostering the adoption by EU farmers of innovative and efficient cropping systems with a high climate-change mitigation potential, and spreading innovative views and tools for climateready and resource efficient agriculture.
The proposed innovation includes:
– introduction of legumes and catch crops in the crop rotations for reducing GHG emissions and increasing carbon sequestration and organic N supply;
– implementation of a DSS (Decision Support System) for an efficient management of the innovative crop rotations with focus on the use of external inputs (nitrogen fertilizers, Pesticides, etc.) and non-renewable resources (soil and fuel).

The innovative N- and C-Efficient Cropping Systems (ECSs) are based on the introduction of legumes and catch crops in 4-year rotations; different legumes (pea, chickpea and lentil) and catch crops (with single species or mixtures) will be considered in three different, representative environments. A preparatory action is needed for optimal design of the field activities. Specifically, it is necessary to:

In addition, since local genotypes of both legumes and catch crops will be evaluated for their capability to further improve the ECSs, a preparatory action will be needed for

3. retrieving of these genotypes.

The experiments in the three demonstration sites will be designed by HORTA to:

Horta will develop the layout of the three demonstration sites and identify the appropriate plots in the farms.
Three ECSs, based on the introduction of legumes in the rotation, will be considered. The study will consider 4-year rotations, even though the project will collect data for 3 cropping seasons only. A 4-year rotation is necessary for phytosanitary reasons, because of damages caused by soil borne diseases affecting legume crops in shorter rotations.

Demonstration sites will be set-up and managed in three representative environments in such a way to robustly compare the CCSs and ECSs; each crop will be included in the rotation.

The nearly continental climate is typical of this area (Emilia-Romagna).
In this nearly continental area the compared crop systems are based on the following rotation: corn, durum wheat and tomato (relevant to Conventional Cropping Systems – CCSs) and on the rotation of pea, durum wheat (with cover crop) and tomato (regarding Efficient Cropping Systems – ECSs).
The year zero sowing was carried out with 180 kg / ha of Soft wheat Lucilla variety.

In two demonstration sites, porous capsules will be installed in soil to catch the excess of water to assess the potential leaching of nitrates, while in the third one (E3), losses of nitrogen will be measured through an underground tubular drainage.

After 5 years from Life Agrestic Project kick off, the first meeting to control the technical steps of the Project took place. At the...
Continua a leggere
News

In occasion of the first stakeholder meeting, which took place on last 9th September at Cattolica del Sacro Cuore University in Piacenza, all LIFE...
Continua a leggere
News 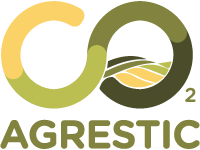